A Tribute to Herbert Burtis

By yevgenykutikFebruary 7, 2021Blog
No Comments

When I was applying for college during my senior year in high school, I received a notification about a new foundation just launched to help high school musicians in their pursuit of a career in classical music, called the Ferris-Burtis Music Foundation. I applied and was invited for an audition at the home of Herbert Burtis and his then still partner of 55 years, John Ferris. I played for 20 minutes in Herb and John’s Living room before a large audition committee they had put together. By the time I arrived back home, I received a call saying I was the first recipient of a grant from the Ferris-Burtis Foundation.

This past week, Herbert Burtis passed away at the age of 90. Herb was a wonderful pianist, teacher, activist, and a very good friend of mine. Although primarily a keyboardist, through his many years of accompanying vocalists, he became a well known vocal coach, teaching singers who would flock to him from all over the world, including the late Lorraine Hunt Lieberson with whom he worked for 20 years. 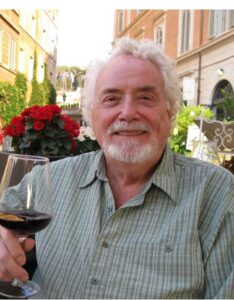 Throughout the next four years of my undergraduate studies, the Ferris-Burtis Foundation helped to pay my tuition. At the end of each academic year, I would show up to Herb and John’s home for a “check in” solo recital–their living room packed to the brim with friends and family. Herb and John were nothing but encouraging, kind, and supportive. I recall these yearly recitals for them so fondly. I would see the same faces year after year, almost like a family. These check in recitals inspired me to continually improve and come back with even more to say next year artistically

Unknown to me, John and Herb were at the same time actively fighting in court and engaging in advocacy to advance the cause of gay marriage. They finally got married in 2006 in Massachusetts after knowing each other for 55 years. Following John’s death in 2008, Herb joined a legal effort to challenge his inability to receive survivor benefits because the federal government did not recognize his marriage to John. Here is a wonderful piece about this on NPR’s Morning Edition.

In the years after John’s passing, as my concert career started picking up, Herb became ever more committed to helping me in my pursuits. His foundation supported a number of important album projects and created performance opportunities for me over the years. Equally of value, Herb made introductions on my behalf to friends and contacts of his whom he thought I should get to know. He also had a blog and frequently posted his own glowing reviews of my latest concerts, even as I kept telling him he was clearly biased.

Unbeknownst to the average listener, there are a whole host of patrons, supporters, and friends of artists who make our careers possible. These people are dedicated and generous, in a way that moves beyond the financial. They show up at rehearsals, are the first to open newsletters, and offer up faith in our next projects.

Beyond helping artists personally, people like Herb have a vision of a bright future for art in our society. They are investing in tomorrow’s artists and tomorrow’s audiences, eager for both to prosper. During this past year, when the arts sector got crushed by the pandemic, arts supporters have been selflessly dedicated to helping make our professions (and careers) possible again. Herb’s generosity over the years was beyond anything I can properly convey in words. Underlying his support was incredible modesty and a simple desire to be as helpful as possible to artists like me in this incredibly challenging field.

A number of years ago, I played a small concert for the residents at a retirement center near my home. The weather was awful, there was a fairly significant snow storm in the area – the kind of night where you don’t want to stray too far from your couch, television, and a glass of wine. Herb heard about this little concert through the grapevine and showed up, snowstorm be damned, driving nearly 40 minutes on the back rural roads of the Berkshires to hear me. I recall telling Herb I couldn’t believe he showed up and imploring him to drive back very carefully. Later that night, I wanted to make sure Herb had made it back home safely. Before sending him an email to check in, it occurred to me to first check his blog. Sure enough, he was home, there was already a new post up; I got a glowing review for my performance that evening.