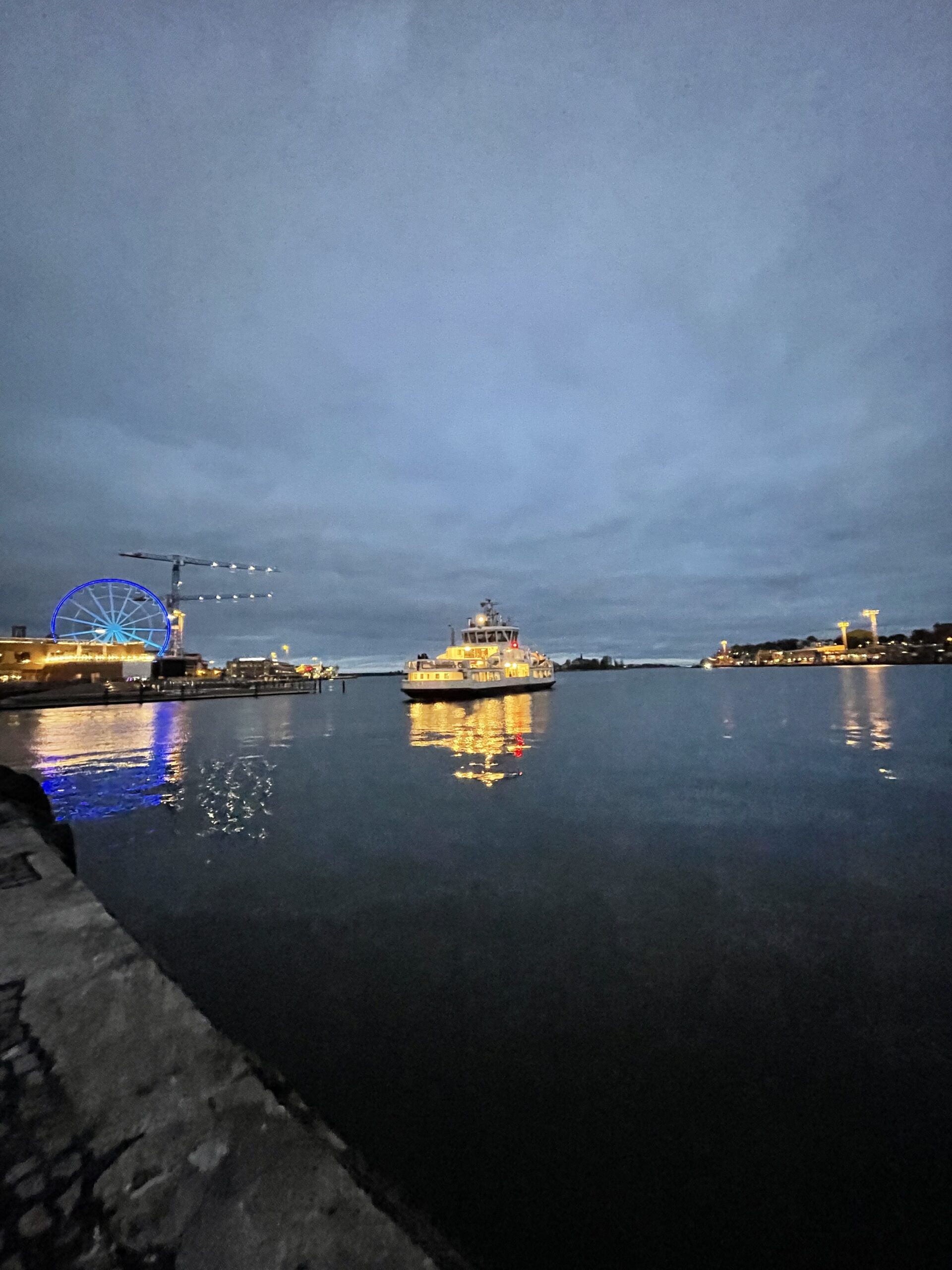 While on a city bus in Helsinki last week, I watched as two Ukrainian refugees and their young son were let on the bus by showing their passports, in lieu of a ticket. Finland has allowed Ukrainian citizens fleeing war the use of public transportation, among other infrastructure, free of charge. 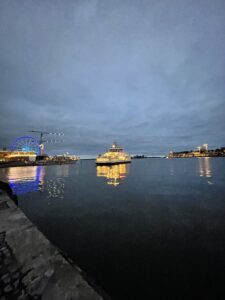 Eavesdropping on the fam

ily’s conversation, I overheard that they had just visited the zoo. They boy was thrilled and was asking his parents what their favorite animal was–the lion–while he himself had not yet made up his mind. While the bus drove, the boy chattering about the animals, the parents, in hushed tones, talked amongst themselves, trying to figure out whether they could find the money to buy their son a cake for his upcoming birthday. The worry in their voices was a contrast to the simple joy with which they talked about the zoo animals.

Over the course of my time in Helsinki, I would hear more and more Slavic languages while walking around the streets. Every few days, it seemingly multiplied exponentially. By the final day of my trip, at times I heard more Ukrainian and Russian than Finnish. I observed Ukrainians closely holding their passports, in stores, ferry terminals, cafes, airports. I couldn’t help but notice the discreet look of sadness and confusion on their faces while they did their best to navigate life in Finnish or English.

I also had the opportunity to meet two women, one from St. Petersburg, and one from Minsk, Belarus. The woman from St. Petersburg had fled to Finland at the start of war early this year, distraught by Russia’s actions. Her whole family remains in Russia and she is afraid to return, unable even to make the short trip home for her beloved grandmother’s funeral several weeks ago. She was devastated. My friend from Belarus hasn’t been able to return home either, reminding me that Belarusian protesters have been brutally repressed for years, many arrested immediately for any protest against the government, and often facing physical violence at the hands of the authorities, while the world paid scant attention.  When she speaks by phone with her close family back home in Belarus, they use invented code words to discuss anything remotely related to current events.

Juxtaposed with the peace and mundanity of everyday life in Helsinki, it was surreal to be indirectly confronted by the real-life repercussions of a dictator’s awful war. Although by all accounts it seems Finland (and Europe in general) is doing a tremendous job right now to absorb Ukrainian refugees and those fleeing Russia for their own safety, there is no making up for the tremendous grief, fear, and loss currently front and center for so many people. The feeling is palpable. It is hard not to sense the feeling of helplessness my friends and chance acquaintances, along with millions of other people, are experiencing while desperately trying to establish a new life amidst the frightening unknown.

While riding this bus in Helsinki, my mind couldn’t help but race back to myself when I was this boy’s age walking around the streets of Civitavecchia, Italy, also a refugee having fled the Soviet Union. In Italy, where I also celebrated a birthday (I turned five), my family cleaned car windshields at intersections for small change, and relied on the goodwill of NGOs and kind citizens to survive while we searched for a safer country to live. For my parents and grandparents, everyday was an exercise in frustration and humiliation set amidst hope. They too planned a birthday celebration for me when every penny was precious–all the while knowing everyone in town saw them as “different.” And like this 5-year old boy on the bus in Helsinki who was just coming from the zoo, for me it was all just an innocent dream, thankfully, not truly grasping that home would never be the same.

What also struck me while eavesdropping on this bus conversation was the tremendous strength and hope for the future this boy’s parents must have. It is saddening that right now so many people in the world must rely so much on their own vision for a future safe home to dwell in in order to survive. And it occured to me that my family must have had a similar vision as refugees in Italy. Although I will likely never know who this family in Helsinki was, I can only wish them an abundance of strength and courage right now, along with the millions of others right now living through this same exact experience.

When I left coffee with my Belarusian friend, she said “let’s hope we see each other again soon.” I didn’t think much of it at the moment, but I realize now that hope is truly one of the best weapons we all have right now. Hope gives people the strength to restart life in a new country with nothing, to save every penny for a birthday cake, to spend years without being able to see one’s own family and friends. Hopefully, by next year, this Ukrainian family ahead of me on the bus can be safely back at home.