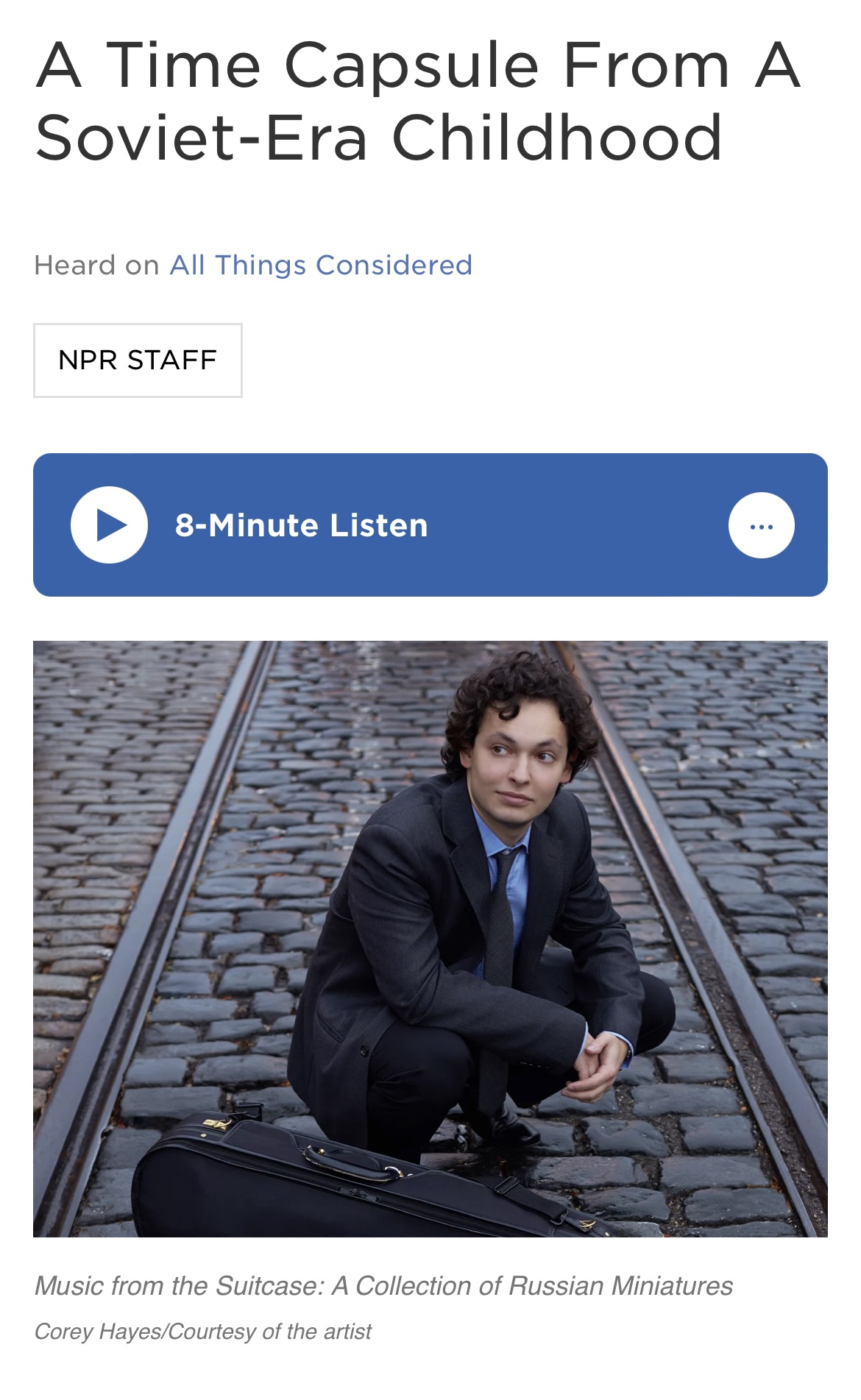 Heard on All Things Considered

Violinist Yevgeny Kutik was born in 1985 in the city of Minsk, in what is now Belarus. When he was 4 years old, his parents decided it was time to leave the country and come to America.

“We were a Jewish family, and they were feeling pressure constantly for the fact that they were Jewish,” Kutik explains. “My mom got fired from her position as a violin professor because they had exceeded the quota for the number of Jews that could be working there. I was made fun of, going to preschool, because I was Jewish.”

As a condition of leaving, they were stripped of citizenship, as well as most of what they owned. Kutik says he was stunned at what his mother — who was also his first violin teacher — fought to keep.

“I think you can only take about $90 per person, and two giant suitcases. My mom insisted on putting in these old scores, collections that she had used playing-wise and for teaching,” he recalls. “My grandmother and my family were like, ‘Why? Why are you wasting this precious space with these scores?’ ”

Included in the stash were compositions by Prokofiev, Stravinsky, Tchaikovsky and more. Kutik wouldn’t explore the music himself until years later; now, he’s devoted an entire album to what he found. He spoke with NPR’s Robert Siegel about the making of Music from the Suitcase: A Collection of Russian Miniatures. Hear more of their conversation at the audio link.