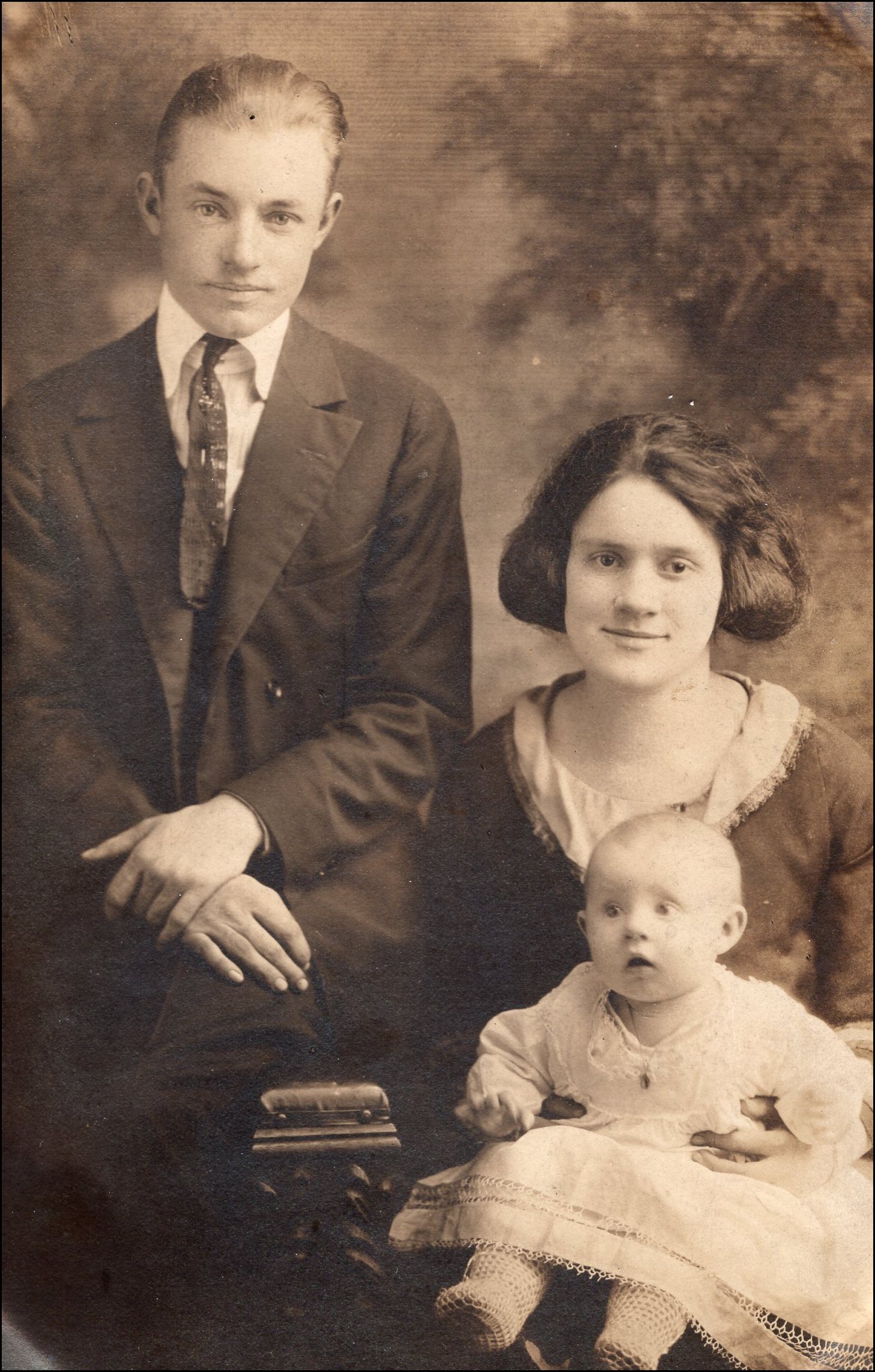 When I was young, I had the propensity to Daydream- not a particularly unusual circumstance, I suppose, for a boy with a clear temperament fiercely drawn to art, poetry and most especially to music.  For as long as I can remember, music’s many mysteries has engaged my ear, mind and spirit. The love and support of my Grandmother and Mother helped encourage my musical interests that remain at the forefront of my creative endeavors.

When Yevgeny performed my work,“The Poet’s Hour” for Violin and Strings with Music Director, Gerard Schwarz and his All-Star Orchestra, I was dazzled by the brilliance of his playing.  After his invitation to contribute a short work for his “Meditation of Family” project, I found old photograph (1924) of my maternal grandparents and mother as a baby that fired my musical imagination with fond memories of early family life.

“Daydreams…” opens with a series of rising sustained violin double stops that define the work’s overall harmonic spectrum and gives rise to a backdrop of vocal and crystal goblet sonorities that spring from the violin’s increasingly forceful gestures.  The violin becomes increasingly animated and vigorous with music that soars above the seemingly disparate world of sustained voices, as though on a journey looking back on fading memories.

Known for his dramatic and unique style and as a gifted orchestral colorist, Joseph Schwantner is one of the most prominent American composers today.  He previously served on the Juilliard, Eastman and Yale faculties and is a member of the American Academy of Arts and Letters.

Schwantner’s compositional career has been marked by many awards, grants, and fellowships, including the Pulitzer Prize in 1979 for his orchestral composition Aftertones of Infinity and several Grammy nominations.  Among his many commissions is his Percussion Concerto, commissioned for the 150th anniversary season of the New York Philharmonic, and is one of the most performed concert works of the past several decades.  Christopher Lamb, soloist in the Naxos recording of Schwantner’s music by the Nashville Symphony Orchestra received a 2012 Grammy Award for “Best Classical Instrumental Solo” with Schwantner’s Percussion Concerto.