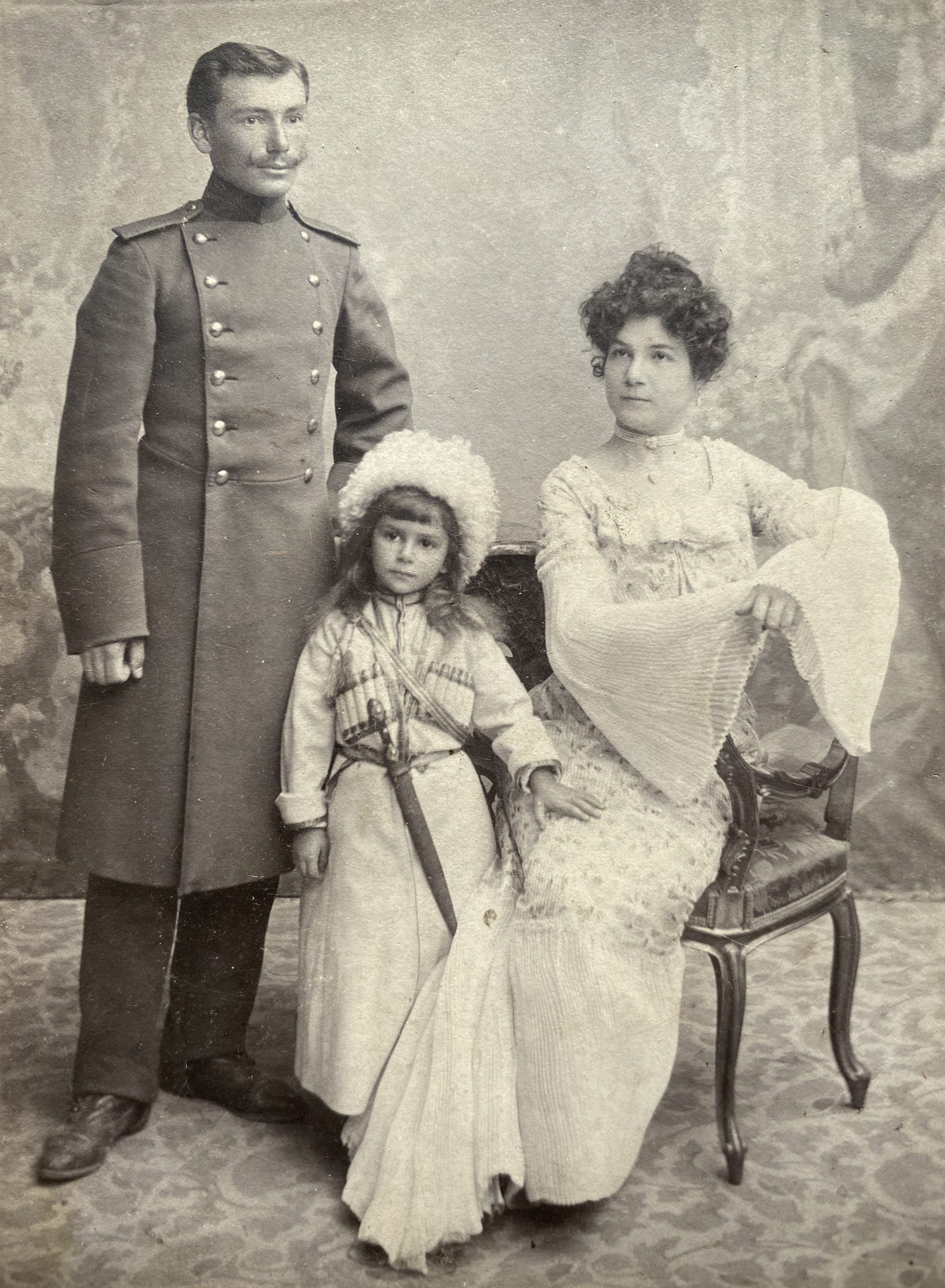 Based on a photo of the composer’s mother and her parents.

Among noted performers of his music are Zubin Mehta, Lorin Maazel, Christoph Eschenbach, Christoph von Dohnanyi, Alan Gilbert, David Zinman, Leonard Slatkin, Lawrence Foster, Oliver Knussen, James Galway, Pinchas Zukerman, Maximilian Schell, John Turturro, and the Emerson, Vermeer, Tokyo and Orion Quartets. His music-theater work Through Roses was commissioned by London’s South Bank Festival with the National Theater. Since its premiere in 1980 it has had hundreds of performances in fifteen countries and has been translated into 11 languages. There are three CDs on Deutsche Grammaphon, Enya, and Koch International.

There have also been two films produced: a documentary by Christopher Nupen, and a feature film directed by Jurgen Flimm and starring Maximilian Schell. Los Alamos, an anti-nuclear opera written in 1988, is the only American opera ever commissioned by the Deutsche Oper Berlin. Its American premiere was at the Aspen Music Festival. Mr. Neikrug has been composer-in-residence at the Marlboro, Santa Fe, Angel Fire, Bravo Vail, and La Jolla festivals. Works have been recorded on Deutsche Grammaphon, Koch International, Stereophile, Laurel, and Enya records. His publishers are G. Schirmer and Chester Music.