How to Draw a Tree 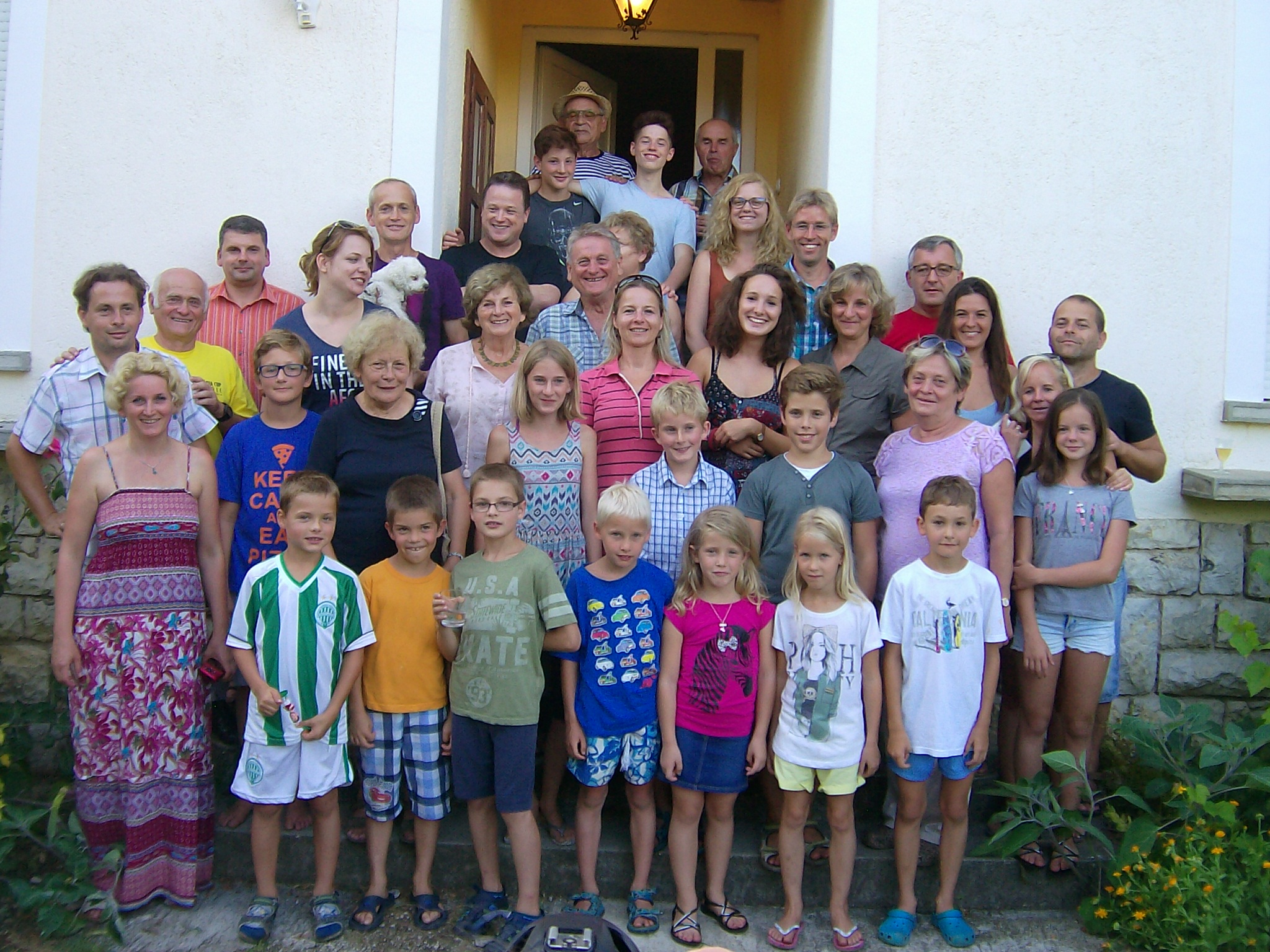 Instrumental folk music from Central and Eastern Europe and the Balkan has always been an inspiration to me directly, and through the music of Bartók and Ligeti. I speak this folk music when I speak of the past. When Yevgeny Kutik approached me to write a composition for his project I immediately thought of the extended family tree that has been drawn up by some of my relatives years ago for my 30th Birthday. The picture attached was taken at the annual Vajda family meeting a couple of years ago near the famous Lake Balaton in Hungary. This meeting takes place every year at the end of August initiated by one of my uncles and it brings together several generations. There has always been a strong connection in my head between this picture and the feeling of looking at the now over 10 generations of family history in the form of a family tree. In my short composition the music played by the double bass functions as the trunk of this imaginary tree while the swift, Eastern European folk music-like passages of the violin represent the branches. It is only natural, that the “branches” of a family tree, members of the younger generations, are closer to us, we can see them and their lives in clear details, from close up, while the beginnings of our family history are distant with less contrast, yet without the trunk there are no branches.

Gregory Vajda currently serves as the music director and conductor of the Huntsville Symphony in Alabama, USA, and is principal guest conductor of the Hungarian Radio Symphony in Budapest, for both of which he conducts annually. He is the Music Director of the Portland Festival Symphony and Artistic Advisor to the international Armel Opera Festival. He was awarded the Gundel Art Prize (2002) as a conductor and the Bartók-Pásztory Award as a composer (2018). He is a returning guest conductor with major symphony orchestras and opera companies around the world, including the Montreal Symphony or the Hamburg State Opera. A champion of contemporary music, Gregory Vajda has conducted world leading new music groups like  Ensemble Intercontemporain and Klangforum Wien. His new composition Captain Hume’s Last Pavin will be premiered by Tamás Varga solo cellist of the Vienna Philharmonic, and performed as part of an international concert series including Wien Modern 2018. His new orchestral composition entitled Gloomy Sunday Variations will be played by the Hungarian Radio Symphony as part of their 2018-19 subscription series. Gregory Vajda’s pieces are being played by leading ensembles and musicians all over the world, and have ben recorded by the ECM, BMC and HUNGAROTON CLASSIC labels. He is the conductor of several World Premiere recordings, including Ernst von Dohnányi’s only comic opera, The Tenor, and Peter Eötvös’ Paradise Reloaded (Lilith). Born in Budapest the son of renowned soprano Veronika Kincses, Gregory Vajda studied at the Franz Liszt Academy of Music,  and he was also a conducting and composition pupil of world-renowned composer and conductor, Péter Eötvös. For more detailed biography please visit http://gregoryvajda.com