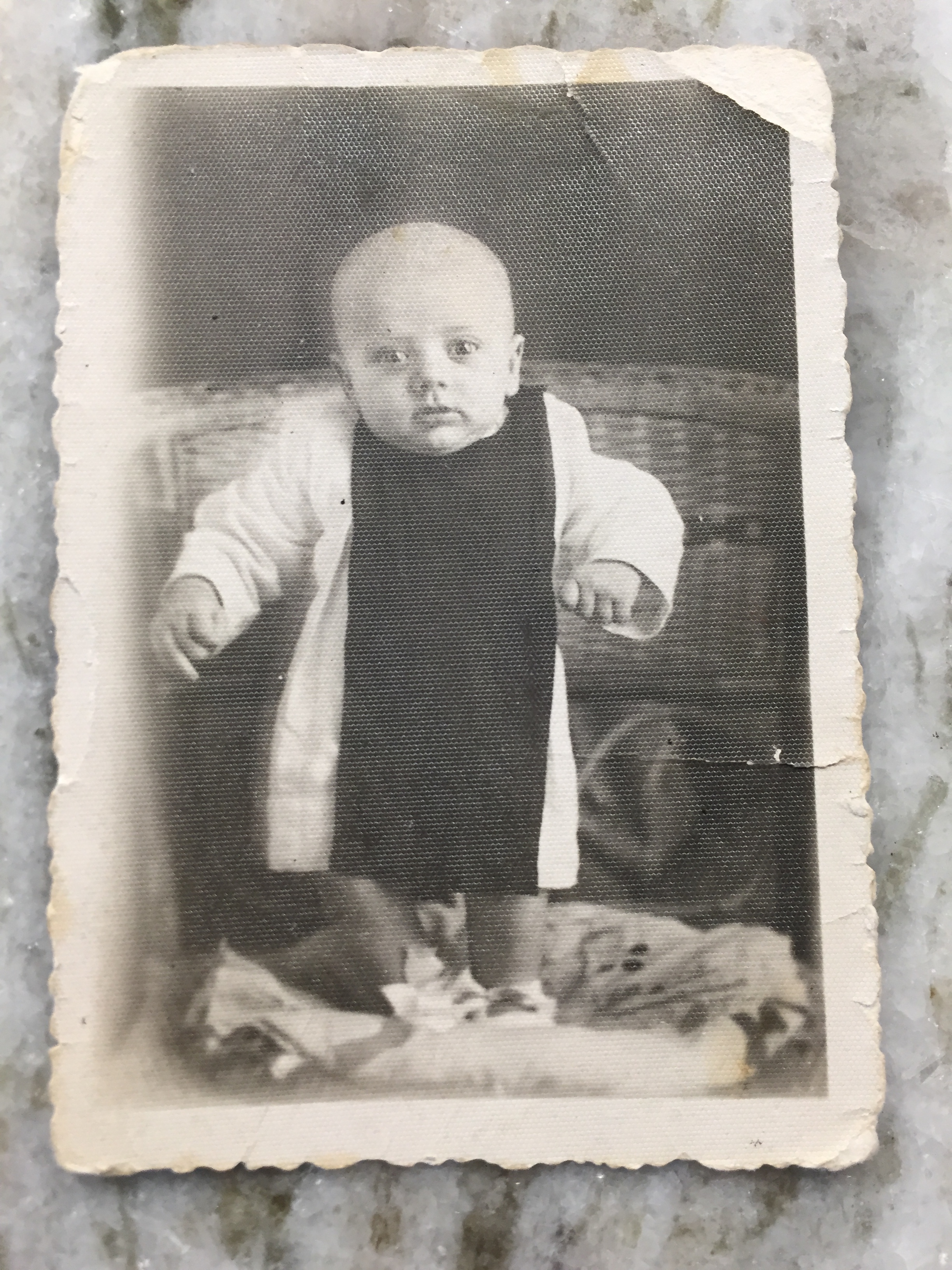 Flight to Limbo borrows its name from a John Updike poem but is ultimately inspired by a photo of my father as a very small child in Italy in 1947. He had suffered from a terrible case of pneumonia, and being rural farmers during a world war, there was little chance to save this very sick child. His local priest prepared him for death in the pictured ceremonial garments. Luckily, he miraculously survived, recovered, and is still with us today. When composing my violin piece for Yevgeny Kutik, I tried to imagine my father in this moribund state, near death, and barely able to breathe despite enormous effort. In my piece, I asked Yevgevy to play with a practice mute on his violin, which cuts about 75% of the volume of the instrument; he plays with enormous effort and produces a still and quiet sound. Bathed in reverb, I tried to both evoke and invoke that desolate Lazian countryside.

Christopher Cerrone (b. 1984) is internationally acclaimed for compositions characterized by a subtle handling of timbre and resonance, a deep literary fluency, and a flair for multimedia collaborations.

In the 2018–19 season, Cerrone writes a major new orchestral work with electronics for the LA Phil, led by Roderick Cox. Other commissions include a new sextet co-commissioned by Latitude 49, Pittsburgh New Music Ensemble, and Sentieri selvaggi; and a new concerto for Third Coast Percussion, co-commissioned by the Civic Orchestra of the Chicago Symphony and the Britt Festival. Cerrone also orchestrates his opera All Wounds Bleed for Chicago Fringe Opera, curates a series, “Reiterations,” for the Metropolis Ensemble, holds residencies at Chatterbird and Baylor University, and was the 2018 Conducting/Composition Fellow at the Britt Festival. An all-Cerrone disc recorded by Christopher Rountree and wildUp will be released on New Amsterdam Records in August 2019, and excerpts from his new opera, In a Grove (libretto by Stephanie Fleischmann), will be heard at the Morgan Library in New York in March 2019.

Recent highlights include Breaks and Breaks, an acclaimed violin concerto for Jennifer Koh, and the Detroit Symphony, led by Peter Oundjian; a Miller Theatre Composer Portrait performed by Third Coast Percussion; Will There Be Singing, for the Los Angeles Chamber Orchestra for Jeffrey Kahane’s final concert as LACO Music Director; Can’t and Won’t, commissioned by the Calder Quartet by the LA Phil, and new works for artists including Tim Munro, Eighth Blackbird, Vicky Chow, and Rachel Lee Priday.

Cerrone’s opera, Invisible Cities, based on Italo Calvino’s landmark novel, was praised by The Los Angeles Times as “A delicate and beautiful opera…[which] could be, and should be, done anywhere.” Invisible Cities received its fully-staged world premiere in a wildly popular production by The Industry, directed by Yuval Sharon in Los Angeles’ Union Station. Both the film and opera are available as CDs, DVDs, and digital downloads.

Christopher Cerrone holds degrees from the Yale School of Music and the Manhattan School of Music. He is published by Schott NY and Project Schott New York.